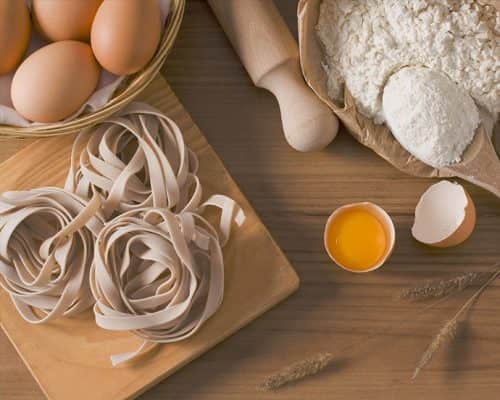 Tagliatelle were invented in the 1487 by chef Zerafino from Bologna, who was asked to prepare a new dish for the wedding of 2 members of important royal families. Tradition wants that Zerafino was inspired by the blond hair of the bride. Although the legend, Tagliatelle original recipe was officially registered in 1972 at Bologna Chamber of Commerce and it specifies the size and the ingredients of the pasta.