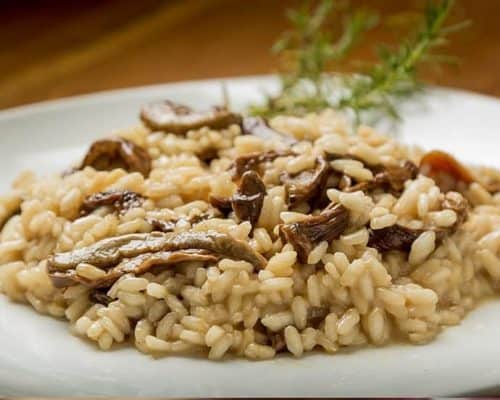 Risotto is rice prepared according to a precise method and it was prepared for the first time in Milan. In the 16th century Mastro Valerio di Fiandra, a Flemish painter from Leuven who was working on the windows of the Milan Cathedral, had an assistant called Saffron who mixed some saffron with the colors so as to make them more brilliant. A technique never seen before that led his master Valerio to say that he would end up putting it in food too. Slightly as a challenge, a little as a joke, Saffron followed his advice to the letter and, on the wedding day of Valerio’s daughter (September 1574), he mixed the colorful spice with rice, until then seasoned only with butter. This was the very first risotto of history.