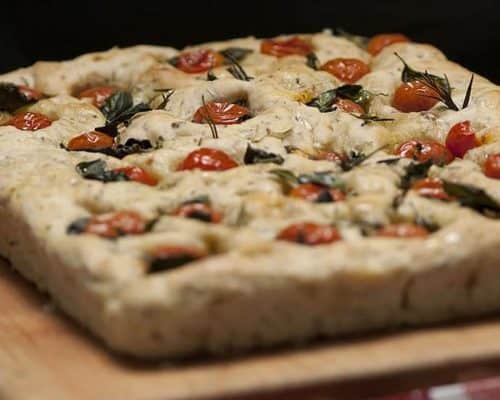 The origins of the Genoese focaccia (“fügássa”) are lost in the mists of time: in the 16th century it was even eaten in the church and during weddings. In the 19th century focaccia became the food of the Genoese dockworkers, who ate it at 11 o’clock together with a good glass of white Coronata wine. The resulting feeling of satiety allowed the port workers, if necessary, to skip the lunch break. The real Genoese focaccia is prepared with plenty of extra virgin olive oil and using four leavenings, which give it the typical softness. Focaccia with olives, onions or cherry tomatoes and oregano are the three classic variants of the Genoese focaccia. But all of Liguria is dotted with a series of variations, all to be tasted: the focaccia di Recco, filled with crescenza cheese or stracchino cheese; or Voltri’s focaccia, the crunchy version of the Genoese one.