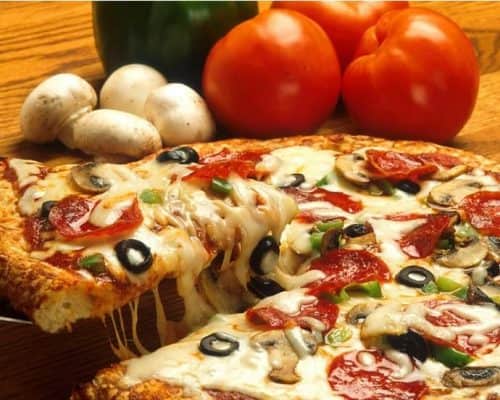 The origin of pizza could be placed between the 16th and 17th centuries in the Kingdom of Naples. This is the so-called “Mastunicola” pizza made with lard, squeaks, sheep’s cheese, pepper and basil. Another preparation that spread in the Kingdom of Naples was the “Cecinelli” pizza made with “bianchetti”, small white fishes (in dialect, cecinelli). To find tomato on pizza we must wait until the mid-18th century after it was imported from the American continent.

Anyway, it was with Raffaele Esposito that the history of pizza Margherita began, without doubts the most famous and celebrated pizza in the world. It was Mr. Esposito, in 1889, to dedicate a pizza to the Italian Queen Margherita of Savoy, from which it took its name. A simple preparation, which also wanted to represent the new Italian tricolour: basil for green, mozzarella for white and tomato for red.