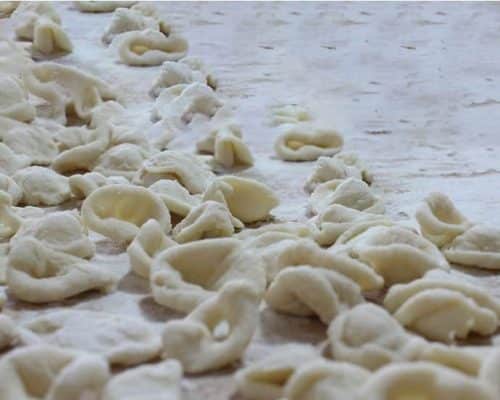 Symbol of Puglia, they represent a real pillar of the culinary tradition of this region. The origin is a mystery, in fact there are no documents confirming their birth. According to local tradition, the shape of the orecchiette seems to be inspired by that of the roofs of the trulli (typical round and white houses in Puglia), while there are theories that trace them back to Jewish culture. Around the end of the 16th century, a document was found in the archives of the church of San Nicola di Bari with which a father donated the bakery to his daughter. In the notarial deed it could also be read that the most important thing left in the dowry was the ability of the daughter to prepare the “recchietedde” (orecchiette in Puglia dialect). Anyway most of Italians believe that this type of pasta has this name just because it resemble a small ear (in Italian orecchia/orecchietta).